Charles R. Nailler was a driving force behind the massive improvement in underground coal productivity achieved at Consolidation Coal Co. and throughout the U.S. coal industry during the decades of the 1940s, ‘50s, and ‘60s. During this period, Nailler served as a Division President for Consol and then as the company’s Vice President of Operations. Later, he became a Consol Senior Vice President and was a member of its Board of Directors.​

Under Charles Nailler’s direction, Consol became an industry leader in mining innovation. While he was with the company, mine productivity improved from well under 10 tons per man day to more than 20 tons per man day. Charles Nailler’s leadership played a key role in the development of off-track mining, continuous mining, and later longwall mining.​

As a mechanical engineer, Charles Nailler had a great personal interest in mining machinery, and he contributed greatly to a number of advances in mining machinery that occurred during his years in the industry. He played an important role in the development of the Meyers Whaley Loading Machine and the modern day “borer type” miner, and he was a key contributor to the early development of continuous transportation systems.​

After Charles Nailler graduated from Case Institute of Technology in 1932, he joined the Hanna Coal Company, then a division of Consol. He progressed through the supervisory ranks to Mine Superintendent and then General Manager of Mines for the Hanna Division. In 1946, he was transferred to Morgantown, West Virginia, where he was assigned the task of forming a new subsidiary, Christopher Coal Company.​

This new organization quickly became one of Consol’s largest and most profitable operations. In 1960, Consol re-organized its mines under a centralized operating headquarters, and Charles Nailler was named Vice President of Operations, with responsibility for all of Consol’s mining activities.​

Charles Nailler left not only a legacy of improvements in mining machinery and mining systems, he also left a legacy of outstanding mining people. He was a great trainer and motivator. He had the knack of giving subordinates full credit for their ideas and developments, even though he contributed heavily to their success. One has only to examine the background of many of the leaders who followed him in the coal industry to see that they were trained by Charles Nailler.​

In 1983, in recognition of Charles Nailler’s many contributions to the coal industry, Consol named its new mine in northern West Virginia, the “Nailler Mine.”​ 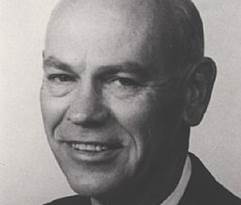