David A. Zegeer dedicated his mining career to protecting the health and safety of miners, as a corporate mining executive, as head of the U.S. Mine Safety and Health Administration (MSHA), and as a community leader. His tenure at MSHA coincided with a period of remarkable progress in U.S. mining safety. In three of his years as Assistant Secretary of Labor under President Reagan, mining fatalities in the coal industry and in the metal and non-metal mining industries decreased to historic lows.​

Dave Zegeer began his mining career with Consolidation Coal Company in Jenkins, Kentucky in 1946 after graduating from West Virginia University with a BSEM degree and serving two years in the U.S. Army Engineers. When Consolidation’s holdings were sold to Bethlehem Steel in 1956, he became Manager and Division Superintendent responsible for four underground mines and four preparation plants employing 1,400 people. During his 21-year career with Bethlehem, Zegeer introduced the first longwall system in Kentucky, the first shortwall system, the first Lee-Norris continuous miner, and the use of 30-ton mine cars. Under his supervision, the division’s accident rate declined from approximately 12 accidents per million employee hours to less than one. He hired the first women for underground coal mining positions in the U.S. and led efforts to integrate and provide gender and racial diversity in the supervisory and management staffs for the operations he managed.​

Upon his retirement in 1977, Dave Zegeer became a highly sought after mining consultant. A recognized expert on mine explosions, he led or participated in efforts to recover survivors of mine explosions or investigations of explosions in numerous states, Nova Scotia, South Africa, and Australia. In 1978, he was one of six mining industry leaders to represent the United States in a “People to People” program visiting mining operations in England, Russia, Germany, and France.​

As Assistant Secretary of Labor from 1983 to 1987, he emphasized his personal safety philosophy of the Three E’s—Education, Engineering, and Enforcement. He championed the U.S. Labor Department’s first program dealing specifically with substance abuse in the workplace and encouraged specialized training courses on safety for areas such as mine supervision, coal mine ventilation, and roof falls.​

In the area of health care, Dave Zegeer was a Board Member and later two-term Chairman of the Appalachian Regional Hospitals, a 10-member hospital group established by the United Mine Workers of America to serve West Virginia, Kentucky, and Virginia. His numerous industry awards include the Donald S. Kingery Award (1976) from MSHA; the Erskine Ramsey Medal (1976) and the Percy W. Nicholls Award (1986) from AIME; and the Howard N. Eavenson Award (1988) from SME. He was the inaugural inductee into the Kentucky Mining Hall of Fame in 2002.​

Dave Zegeer’s heart has always been in his adopted hometown of Jenkins, Kentucky. In 1998, the community named the local museum “The David A. Zegeer Coal and Railroad Museum,” which is a tourist attraction furnished with historical artifacts.​ 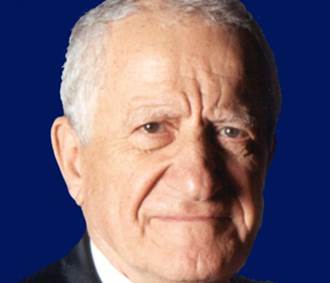