Dr. Leo J. Miller was a maverick in the mining industry and his legacy is far greater than his two exploration projects that became major mines: Kidd Creek in Canada and Lee Creek Phosphate in North Carolina. In these exploration projects, he diverged from standard interpretations of geological processes thought to have formed the respective deposits, and applied high-tech tools to detect them.​

As a young man in 1943, Dr. Miller joined the 10th Mountain Division during World War II and eventually served in the Philippines as commander of a Filipino scout unit. When the war ended, he entered the University of Southern California, receiving his BS degree in Geology in 1950. After graduating, he worked in west Texas as a jug hustler and then joined the US Atomic Energy Commission (AEC) to explore for uranium on the Colorado Plateau. The AEC subsequently gave him a grant to pursue a PhD at Columbia University where his dissertation examined the genesis of uranium deposits in the Shinarump conglomerate.​

Dr. Miller joined Texas Gulf Sulphur (later Texasgulf) in 1957 to begin an exploration program in the Canadian Shield looking for volcanogenic massive sulfides. He engaged a geophysicist to apply a novel airborne electromagnetic tool, refined by Texas Gulf Sulphur, which was flown along grid lines that he had mapped out which led to the discovery of the Kidd Creek massive sulfide deposit. Dr. Miller was among the first to realize these deposits resulted from volcanic processes.  In North Carolina, he turned his attention to phosphate exploration. Here, he applied the theory that the sedimentary processes leading to enriched phosphate would also result in high concentrations of radionuclides. This allowed him to delineate the Lee Creek deposit by lowering a gamma ray probe down the water wells of local farms. He went on to supervise the development and initial operation of the mine. Following Lee Creek, Dr. Miller explored for nickel and copper in northwestern Australia from 1967 to 1973 where he acquired the Mons Cupri copper deposit and the Sherlock Bay nickel copper deposit for Texasgulf, plus two iron deposits that the company sold. He returned to the US as Exploration Manager, a position he held until he left Texasgulf in 1981 to start his own company exploring for native sulfur in west Texas. His final effort was a gold project near Silver Peak, Nevada, where he spent several years mapping out veins, analyzing drill cores and acquiring promising claims.​

Dr. Miller was no armchair geologist; he believed that active field work, on foot with a rock pick, was indispensable for exploration. His basic tenet was to absorb as much information as possible about an exploration target up front, formulate ideas – sometimes novel ones - and then get out into the field to prove up those ideas, often by piloting himself to remote geologic prospects in his twin engine Cessna airplane. This approach resulted in a 50-plus-year career and many honors and awards. Dr. Miller contributed many papers to Economic Geology and other bulletins. He received the Society of Mining, Metallurgy, & Exploration’s (SME) 2001 Robert M. Dreyer award in recognition of outstanding achievement in ore discoveries and was the Society of Economic Geologists (SEG) Thayer Lindsley Distinguished Lecturer for 1983-1984 on applied geology.​ 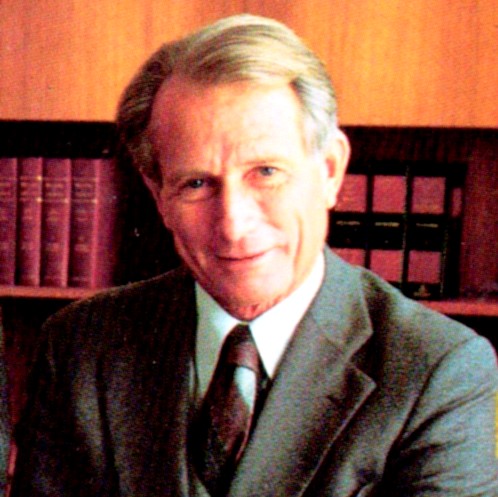