After high school, Hugh served in the Army’s 10th Mountain Division Infantry, a specialized winter warfare unit that trained at Camp Hale, CO, and fought battles crucial to Italy’s liberation during World War II. He received the Silver Star and Purple Heart for his service in combat. Following the war, Hugh graduated with an Engineer of Mines degree from the Colorado School of Mines in 1949.

His first job was at California’s Afterthought copper and zinc mine; then he was hired by Kennecott to oversee exploration drilling for copper at Bingham Canyon, UT. During the 1955 uranium boom, he conducted exploration of Pacific Uranium’s properties on the Colorado Plateau. When drillers hit a rich ore deposit adjacent to the Ambrosia Lake uranium district, Pacific’s stock price increased a hundred-fold.

Utah International sent Hugh overseas for eight months to explore iron ore claims in the Philippine Islands, then to New Mexico as Manager for the Navajo Coal Mine Project. Finding vast coal deposits, from 1957-1962 he negotiated with Arizona, New Mexico, Colorado and the Navajo Tribal Council to develop the Navajo Mine, Arizona Public Service Power Plant and the Navajo Dam. In 1965, Hugh directed exploration for coal mines in Queensland, Australia, leading to development of the Blackwater Mine and the town that grew from a rail stop to a community of 8000, launching Australia into the worldwide coal market.

In 1974, Hugh joined ARCO as VP of Coal Operations responsible for the development of Black Thunder Mine and building the town of Wright, WY. From 1980-1985, as President of Old Ben, he oversaw underground and surface mines in Illinois and Indiana. Next, Hugh formed Enoxy, serving as President over joint-venture mines in Appalachia. He retired in 1986, but continued to consult on small mining operations in Hungary, Jamaica and Russia.

Hugh’s leadership, engineering skills and enthusiasm for his work have fulfilled his career goal to help build wealth for nations and forge international understanding through mining. He valued team effort, was committed to the people who worked with him and was a respected negotiator of the miner unions. Through 29 family moves and 70 years of marriage, Hugh considers his wife Ann’s strong support as a partnership in his successful mining career.

Hugh and Ann generously support Colorado School of Mines and established a Mining Engineering endowment. Hugh served on Mines’ Board of Trustees and as Chair of its Research Institute. He has been active with the 10th Mountain Division Association for 50 years, preserving its World War II legacy and supporting the International Federation of Mountain Soldiers. 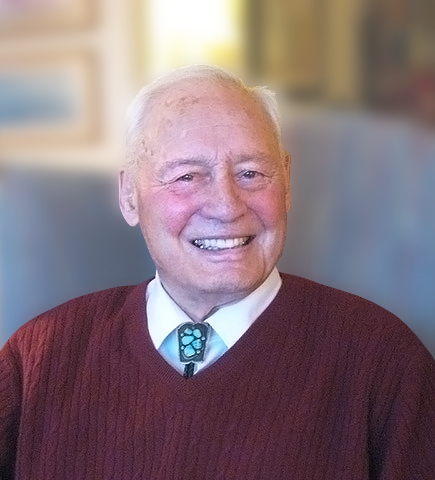