John Cleveland Osgood was one of the founders of the Colorado Fuel & Iron Company and a coal baron whose influence extended throughout the Rocky Mountain West. Orphaned by age fourteen, John Osgood learned the coal business from the ground up. He attended night classes at the Peter Cooper Institute in New York and then found employment as a bookkeeper for the Union Mining Company in Iowa. Subsequent work in a bank gave him financial experience, and he soon gained control of the White Breast Mining Company, which supplied coal to the Chicago, Burlington & Quincy Railroad.​

At age thirty, John Osgood was sent to Colorado to look for more coal deposits, and he reportedly inspected every coal mine in the state. He was most attracted to a large deposit that had been exposed by an avalanche. He purchased this deposit and formed the Colorado Fuel Company. Aggressively adding to his coal holdings, within a few years he controlled 5,622 acres of coal land, mostly in the Crystal River Valley south of Glenwood Springs.​

CF&I owned the Crystal River Railroad, which transported coal from the Coal Basin mine near Redstone. Osgood built the town of Redstone 30 miles south of Glenwood Springs as a social experiment to demonstrate that coal miners would be more productive if treated as gentlemen, and with cultural advantages. Near Redstone, he built a large mansion, Cleveholm, for his residence. By 1904, John Osgood was having a cash flow problem and asked his friends, John D. Rockefeller and Jay Gould, to help him financially. Soon, he learned that they had taken over his company. When told he could continue as President, he said he would not work for anyone and resigned.​

Along with his coal interests near Redstone, John Osgood in 1890 acquired the nearby Yule marble deposit and spent much effort over a period of ten years to turn it into a commercial marble quarry. In 1894, he supplied the marble for the floors and stairways of the new Colorado Capitol building in Denver. The marble was hauled by wagon 35 miles to the railroad at Carbondale. Because of his problems with CF&I, he finally discontinued his work on the quarry. Osgood still owned the Victor-American Fuel Company, and the extensive labor strikes of the United Mine Workers in 1914 to 1917 adversely affected its production. The rest of his life was a continuous struggle to maintain his empire.​

John Osgood was born in Brooklyn, New York in 1851 and died on January 4, 1926 at his beloved home, Cleveholm, at Redstone.​ 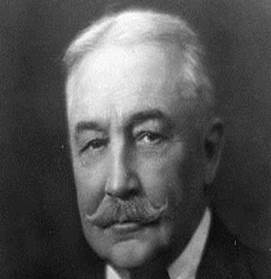