Robert Cannon was a renowned inventor of many products used in the mining industry, the Raise Drill and the Underground Blast Hole Drill being the most notable.​

After graduating from the University of Minnesota as a mining engineer in 1937, Robert began work at a Phelps Dodge mine in Morenci, Arizona. In 1939, he went to Bolivia to work as a foreman at the Cerro Rico de Potosi mine. He went on to work at various mining facilities in Bolivia, Peru and Chile until 1942, when the U.S. entered World War II. Returning to the U.S., he joined the Army Air Corps and became a B-24 pilot flying for the 15th Air Force out of Italy until 1944. He received the Distinguished Flying Cross for extraordinary action over Germany.​

After leaving the Army, he was hired by Joy Equipment Company and became Latin American Sales Manager. Robert moved to Panama in 1946 where he maintained an office for Joy and traveled throughout Latin America. Moving to Venezuela in 1951, he established a consulting company helping develop new properties for various mining companies. He was the original explorer and developer of El Trueno, an iron ore property in Venezuela, that was later acquired by U.S. Steel.​

In 1958, he moved his family to Richmond, Indiana to work for Bucyrus-Erie, a manufacturer of mining shovels and blast hole drills. He left B-E to work for Security Tools, a division of Dresser Industries, and a manufacturer of drilling tools. In 1962, while employed by Security Tools as North American Sales Manager and during a visit at the Homer-Wauseca mine in northern Michigan, Robert was asked for advice on putting out a fire that had developed in an open stope four levels underground. He suggested creating a larger raise hole thus using the dirt from the hole opening to put out the fire. First, they drilled a hole from the upper level through the stope to the level below, then removed the original bit. To increase the diameter of the raise, he obtained a larger rock bit, known as a hole opener, had the bit welded upside down to the drill pipe and reamed the hole larger from a level above by pulling the bit back to the drill that created the original hole. The fire was extinguished as the falling rock chips filled the stope, without any injuries to the workers.​

This success inspired a series of drawings for what eventually became the first Raise Drill. When he was given a release from his company to pursue a patent on his idea, he contacted an old friend, Richard Robbins of the Robbins Company, to manufacture the first Raise Drill. The Robbins Company received an exclusive contract to manufacture the Raise Drill and provided Robert a royalty for every machine made for the life of the patent.​

A few years later, he invented the Underground Blast Hole Drill using down-the-hole hammers as the method of drilling a larger diameter blast hole than a top mounted drifter type of drill. Both drills are used in virtually every underground hard rock mine in the world. Not only have both drills increased production in the mining industry, but the Raise Drill also eliminated one of the most dangerous jobs in mining, the raise driller, saving countless lives over the years.​ 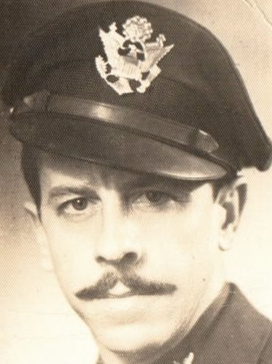