Bob had the foresight to see how the longwall system, developed for European mining conditions, could be adapted to meet U.S. applications. He also recognized that modifications in the design and operation of longwall faces could result in significant increases in national production, productivity and safety. His dedication and resolve to adapt longwall to the U.S. mining industry resulted in major changes to the equipment; those changes caught the attention of the rest of the world and led to the very highly efficient systems found operating the world over today.​

In the 1950s, as Chief Engineer for Eastern Associated Coal Corp., Bob imported mechanized longwall systems into the metallurgical coal seams in southern West Virginia. He led the complete process including feasibility, acquisition, installation and operation of mechanized longwall mining equipment in North America. Under Bob’s direction, early installations of the longwall equipment demonstrated the potential for improved safety and lower cost compared to room and pillar mining methods.​

Bob installed the first U.S. longwall system at the Stotesbury Mine, Stotesbury, WV in 1952 or 1953 and soon thereafter he installed and operated more than a dozen systems in southern West Virginia. It soon became apparent to Bob that local service would be required to maintain the longwall systems; however, the European manufacturers of the equipment did not immediately offer to make U.S. investments to support their equipment. As a result, Bob convinced the owners of Westfalia (a German mining equipment manufacturer) to establish a field office in Charleston, WV. That entity, Mining Progress, was created to meet Bob’s service needs and became an essential component of successful longwall mining operations in that era.​

Within a few years, based on Bob’s demonstrated effectiveness of longwall mining systems in the U.S., many other national coal companies installed similar specialized equipment. While the technology and methodology of longwall mining has evolved over the years, it was Bob’s pioneering endeavors that started a revolution in underground coal mining in the U.S.​

Bob was born in 1921, graduated from the Colorado School of Mines, and began his career in the gold mines in Alaska. But he did not stay there long, because as he said, “There was not much of a future when gold was bringing less than $40 an ounce.” He then began working in the engineering department of Eastern Associated Coal Corp. in 1949 and worked his way up the management ranks. In 1970, he became President and, in 1977, became Executive Vice President and COO of the parent company, Eastern Gas & Fuel Associates. Bob retired in 1985 after spending 36 years with Eastern.​ 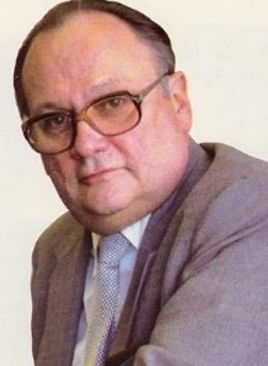