Frank Calandra, Jr. is an icon in ground control technology for the mining, tunneling and civil construction industries. He has brought passion, sweat equity and shrewd business acumen to bear as he has grown Frank Calandra, Inc. (FCI) and Jennmar from a single plant in western Pennsylvania to a world-class enterprise employing thousands globally. Frank’s innovation and commitment to safety is demonstrated by his companies’ 100 patents (20 of own) on ground control devices that make mines safer and more efficient.​

Frank attended Carnegie Institute of Technology (Carnegie-Mellon) majoring in Metallurgy. He received a B.S. in Accounting from St. Francis College and started his career in 1960 as Senior Accountant for Ernst & Ernst in Pittsburgh, PA working on several major coal and steel company accounts. In 1963, for Main & LaFrentz in Los Angeles, CA, he worked for major construction companies, metal mines and mortgage service companies.​

Frank joined FCI in 1965 serving as Chief Financial Officer until 1979. He founded Jennmar in 1968 and has been President and Chief Executive since its inception. Jennmar quickly grew with Frank’s patented innovations, the Combination Bolt and Insta’l Bolt, which greatly improved mining cycles and reduced wood timbers and arches. Frank Jr. became co-owner of FCI in 1968. He is Chairman of all U.S. Frank Calandra, Inc. subsidiaries, J-LOK Corp., JM Steel, J-LOK Co.; Vice President of FCI and Marjenn Trucking and Chairman of the Board of Directors of Jennmar Australia, Jennmar China and the Calandra Group.​

In the late 1970s and early 1980s, Frank was instrumental in upgrading ASTM (American Society for Testing and Materials) standards, particularly the ASTM-F432 standards, in roof control in state and federal regulations. He was instrumental in upgrading the strength of steel requirements and other safety specifications for installation of roof supports and created quality assurance programs in manufacturing mine roof control products for coal and hard rock mines. He also created a lab at Jennmar’s company headquarters in Pittsburgh, PA to research and develop innovative new product lines. ​

Frank has contributed his time, expertise and financial support to ensure a balanced political and regulatory climate for mining. A board member of the National Mining Association, he has served on various committees concerning manufacturers’ specifications and policies. He is a board member of the National Coal Council, Center for Energy and Economic Development, American Coalition for Clean Coal Electricity and National Association of Manufacturers. He is a long-standing member of the Society for Mining, Metallurgy and Exploration (SME) as well as the Pennsylvania, West Virginia, Kentucky and Virginia Coal Associations. In 2018, Frank was inducted into the West Virginia Coal Hall of Fame.​

With over 50 years in the mining industry, dozens of patents bearing his name, and having built 25 plants worldwide, Frank Calandra’s name is internationally synonymous with high-quality products, service and state-of-the-art ground control technology in underground mining.​ 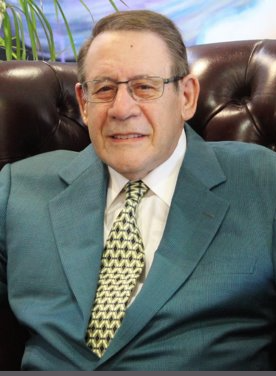