Harry Parker was best known for his leadership in the establishment of clear and defensible methods for classifying mineral resources and reserves in the global mining sector. He was a leading expert in geology, geostatistics and resource and reserve evaluations. He was first to use conditional simulation to predict recoverable reserves and to develop new grade-control techniques. He also was among the first to use geometallurgy in block valuation for short- and long-range planning.

Referring to his milestone projects as “character-builders,” Harry’s more significant projects included pioneering use of sequential Gaussian conditional simulation to determine effects of variable drill spacing on the reliability of uranium reserves in 1978. He completed a valuation of St. Joe Minerals’ domestic assets, which he referred to as “$500 million in five days.” He led the independent asset valuation to support the privatization of Brazil’s Companhia Vale do Rio Doce and led the Technical and Competent Person evaluations supporting the privatization of Zambia Consolidated Copper Mines. He described his “F-factor” concept in 2006, which continues to be the closest the industry has to a standard for reconciliation.

Harry served with distinction on the Committee for Mineral Reserves International Reporting Standards (CRIRSCO) from 2007 to 2018, including stints as Deputy Chairman, Chairman and Past Chairman. He was named an Honorary Representative of CRIRSCO in 2018 and played key roles in assisting Mongolia, Brazil, Kazakhstan, India and Turkey in gaining membership and in assisting China’s progress toward membership.

Harry was instrumental in establishing the Registered Member category of membership within the Society for Mining, Metallurgy & Exploration (SME), where members can serve as Qualified or Competent Persons under the SME Guide and CRIRSCO-compatible foreign codes/standards. Between 2007 and 2019, he chaired SME’s Registered Member Committee, co-chaired its Resources and Reserves Committee, chaired its Ethics Committee and was a vital member of its Valuation Committee. Harry was a driving force behind the development of SME’s 2017 Guide for Reporting Exploration Information, Mineral Resources, and Mineral Reserves and championed the Society’s efforts to get the US Securities and Exchange Commission to update its outdated Industry Guide 7 and adopt Regulation S-K 1300 in 2018. He was also a leader in the development and adoption of CRIRSCO’s 2019 International Reporting Template for the public reporting of Exploration Targets, Exploration Results, Mineral Resources and Mineral Reserves.

Harry’s industry contributions have been widely recognized with numerous awards. Harry’s life work has resulted in more accurate and reliable resource and reserve estimates that have become a worldwide standard. His efforts have made mining a more responsible industry regarding researching and recording accurate data about a property’s mineral valuation. 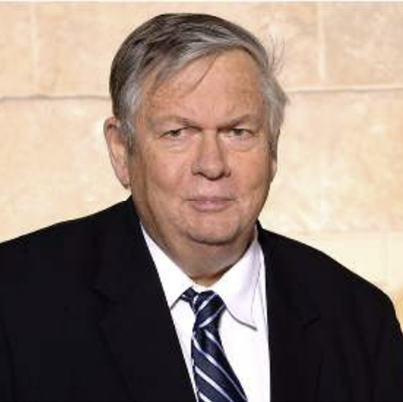