Henry Oliver of Pittsburgh, Pennsylvania was one of the pioneers in supplying raw materials for the steel industry, principally iron ore. His company, Oliver Iron Mining Co., was a leading supplier from the Mesabi Range of Minnesota and became a long-time iron ore mining subsidiary of U.S. Steel Corporation.​

By selling one-half interest in his company to Andrew Carnegie’s steel company and by leasing his second mine from the Rockefeller interests, Oliver by 1895 was shipping one-half of all iron ore mined on the Mesabi Range. In 1897, he sold additional interest to Carnegie, who acquired control of the company.​

In 1901, Oliver sold the remaining portion of his company to J. Pierpont Morgan and the U.S. Steel Corporation. Through other companies he owned, he continued to operate three coke plants near Uniontown, Pennsylvania.​

Oliver Iron Mining Co., as a wholly-owned subsidiary of U.S. Steel, dominated the iron ore industry as the largest producer, reaching an all-time high of 44.1 million gross tons in 1953. It is estimated that total shipments from properties in which Oliver was involved were between two and three billion gross tons.​

Today, the original properties of Oliver’s company are mined for taconite to supply the Minntac Pellet Plant, the world's largest pellet plant, with an annual production of 15.8 million gross tons of pellets.​

Oliver held interests in many other mining and industrial ventures, including New Cornelia Copper Co. and Calumet & Arizona Copper Co. in Arizona, later part of Phelps Dodge Corporation, and was involved in the coal industry with Henry Clay Frick and other industry leaders.​

Henry Oliver, who started out as a railroad man, was a colorful character whose endeavors drove the development of the iron and steel industry in the U.S.​ 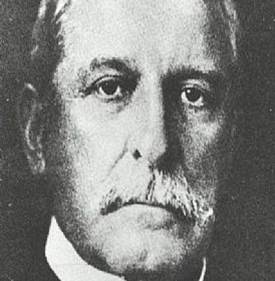