She was one of the most famous women in America, making headlines for decades. Men who owned coal mines loathed her; men who dug coal revered her. She was Mother Jones. Born Mary Harris in Cork Ireland, her family came to North America fleeing the Great Famine. Her teen years were spent in Toronto, but as a young adult, she moved to the United States. In 1861, she married George Jones, an iron molder, and they had four children. In 1867, Mary’s husband and children all died in a yellow fever epidemic. She moved to Chicago and worked as a dressmaker. After her shop burned down in the great fire of 1871, and as industrial conditions grew ever more brutal for workers, she became involved with Chicago’s fledgling union movement. When she began to raise her voice, others recognized her power as a speaker and she invented her persona, Mother Jones, the embattled matriarch of workers everywhere.​

Her friend, Upton Sinclair, author of the exposé of the meat packing industry, The Jungle, described her as “wrinkled and old, dressed in black, looking like somebody’s grandmother; she was, in truth, the grandmother of hundreds of thousands of miners. Hearing her speak, you discovered the secret of her influence over these polyglot hordes. She had force, she had wit, above all she had the fire of indignation—she was the walking wrath of God.” Attorney Clarence Darrow said of his old friend, “Her deep convictions and fearless soul always drew her to the spot where the fight was hottest and the danger greatest.”​

That fight was hottest in the mines, especially for the half million men who dug coal. Coal powered the factories, fired steel and heated homes. Fierce competition among the mines made it one of the most exploitative businesses in America as mountaineers, immigrants and children of newly-freed slaves labored in wretched conditions. These conditions fueled the formation of the United Mine Workers Union in 1890. Its first president, John Mitchell, sent his most trusted and effective organizer, Mother Jones, into the mining camps.​

For thirty years Mother Jones worked for organized labor. Where miners were most exploited, in the company towns of West Virginia and Colorado, she led powerful demonstrations and strikes. She helped bring peaceful conciliation over wage disparities to the Middle West’s Central Competitive Field (bituminous coal district through IL, IN, OH, PA, WV). Pennsylvania coal miner John Brophy remembered how the miners loved her: “She had complete disregard for danger or hardship and would go wherever she thought she was needed…Wherever people were in trouble she showed up to lead the fight and she exuded a warm friendliness and human sympathy.”​

The history of mining, like the history of industrialization everywhere, brought exploitation of workers. Whether it was fighting for child labor laws, organizing women or building unions, Mother Jones was everywhere.  Arrested time and again, she declared she could raise more hell in prison than out in her quest for fair wages and working conditions. Her battle cry, truly said it all: “Pray for the dead, and fight like hell for the living.”​ 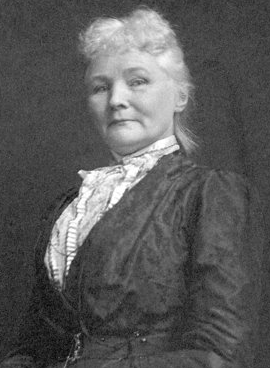