Professor John Moss Guilbert was a renowned geologist and Professor of Economic Geology at the University of Arizona. He had a distinguished 50-plus year career in academia and business, making lasting contributions to the mining industry that he loved.​

Born in Newton, Massachusetts, Prof. Guilbert’s interest in rocks and the outdoors was sparked by the early experience of attending the Little Outfit Ranch boarding school near Elgin, Arizona. He later attended the University of North Carolina, earning a BS degree in 1953. This was followed by MS and PhD degrees from the University of Wisconsin in 1954 and 1962.​

His professional career began in Butte, Montana in 1957 as research geologist for the Anaconda Corporation and instructor at the Montana School of Mines. He and Dr. Charles Meyer of Anaconda formulated ideas about alteration mineral patterns and zoning associated with intrusive-related mineral deposits. These observations influenced the development of the porphyry copper model. ​

In 1965, Prof. Guilbert accepted a role as Assistant Professor of Economic Geology at the University of Arizona where he remained for the next 28 years, retiring as Professor Emeritus in 1993 but continuing his involvement with the University through 1999. During his academic career, he authored dozens of publications. In 1970, together with J. David Lowell, he published a seminal research paper outlining a new descriptive model for the formation of porphyry copper deposits. This practical work became known as the Lowell and Guilbert Model and was utilized by exploration geologists worldwide over the next four decades to discover hundreds of millions of tons of copper metal and numerous profitable mines. The model is still used today.  In the mid-1980s, he updated and re-wrote the textbook Ore Deposits (Park), resulting in the 1986 publication of The Geology of Ore Deposits (Guilbert and Park), which became an industry standard for mineral deposit education.​

As a consultant, Prof. Guilbert provided practical expert advice that resulted in important mineral resource development decisions. After identifying the Bajo de la Alumbrera prospect in northern Argentina as a potentially economic porphyry copper deposit in the mid-1970s, he later helped International Musto, an early company of the Lundin Group, to commercialize the deposit. Bajo de la Alumbrera became the largest metal mine in Argentina, creating thousands of new jobs. Prof. Guilbert also participated on boards of several junior mining companies and he continued this contribution until his passing.​

Prof. Guilbert was known and respected both as a researcher and as an excellent and innovative teacher and mentor.  He received the University of Arizona’s Creative Teaching Award in 1973. He was also an active and influential member of the Society of Economic Geologists (SEG) as well as several other professional organizations. Prof. Guilbert received SEG’s highest honor, the Penrose Gold Medal, in 1998 and served as the SEG International Exchange Lecturer that same year. In 2000, he received the prestigious Jackling Award from the Society for Mining, Metallurgy and Exploration (SME). He was also a Founder of the World Museum of Mining in Butte, which opened in 1965. His legacy and contribution to economic geology and the mining industry globally endures.​ 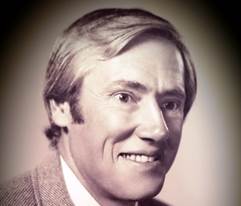