Samuel Newhouse was the first to recognize the commercial potential of the Bingham Canyon, Utah copper deposits; the first to develop a profitable underground copper mine based on the deposit’s sulfide ores; and the first to develop a large-scale surface mine based on the deposit’s porphyry copper ores. Though his accomplishments were subsequently eclipsed by Daniel Jackling and the Utah Consolidated Copper Company, Samuel Newhouse deserves recognition as the initiator of modern copper mining at Bingham Canyon.​

Samuel Newhouse arrived in Utah in 1896 after 17 years as a successful mine speculator and developer in Leadville, Colorado. In early 1896, he incorporated the Highland Boy Gold Mining Company, based on claims in the lower reaches of Bingham Canyon. The Highland Boy ore had unquestioned gold values, but before the year was out, it became apparent that the high copper values in the ore were interfering with profitable gold recovery. Late in the year, the Highland Boy’s underground miners encountered a large chimney of copper sulfide ore, and Newhouse, recognizing an opportunity, converted the Highland Boy to a copper mine. The mine shipped its first copper ore in 1896.​

The Highland Boy changed hands twice in the next two years, first being acquired by Utah Copper and then by Standard Oil. Newhouse emerged from these transactions with $4 million and put $300,000 of the money to work acquiring adjoining claims atop the mountain that separated Bingham Canyon from Carr Fork. These claims had previously been worked for gold but also carried high-grade copper sulfide values and immense tonnages of low-grade porphyry copper. Newhouse established the Boston Consolidated Copper and Gold Mining Company in 1898 to develop the claims, initially producing sulfide ore by an underground caving mining method while he considered methods for commercially mining the porphyry. By 1905, an experimental mill had established that the porphyry ores could be profitably concentrated, and construction began on a 3,000-tons-per-day concentrator. Four Marion steam shovels were introduced to the surface mining operation in 1906 and 1907, the first such shovels to be used on the mountain.​

Meanwhile, Utah Consolidated was working to develop porphyry ores in lower Bingham Canyon, and Utah’s Daniel Jackling recognized that the Boston and Utah properties had to be consolidated before the huge potential of the Bingham Canyon deposits could be fully realized. A merger was ratified in December 1909.​

Samuel Newhouse profited hugely from the transaction and left the mining business. He turned next to real estate development in Salt Lake City, building Utah’s first two high-rise buildings, and then in New York City.​

The long-lasting and on-going importance of Bingham Canyon as developed by Utah Copper (subsequently Kennecott Copper) has tended to overshadow the role played by Samuel Newhouse in the Canyon’s early history. Nevertheless, Samuel Newhouse was the catalyst for modern, large-scale commercial copper production at Bingham Canyon.​ 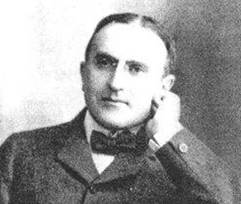