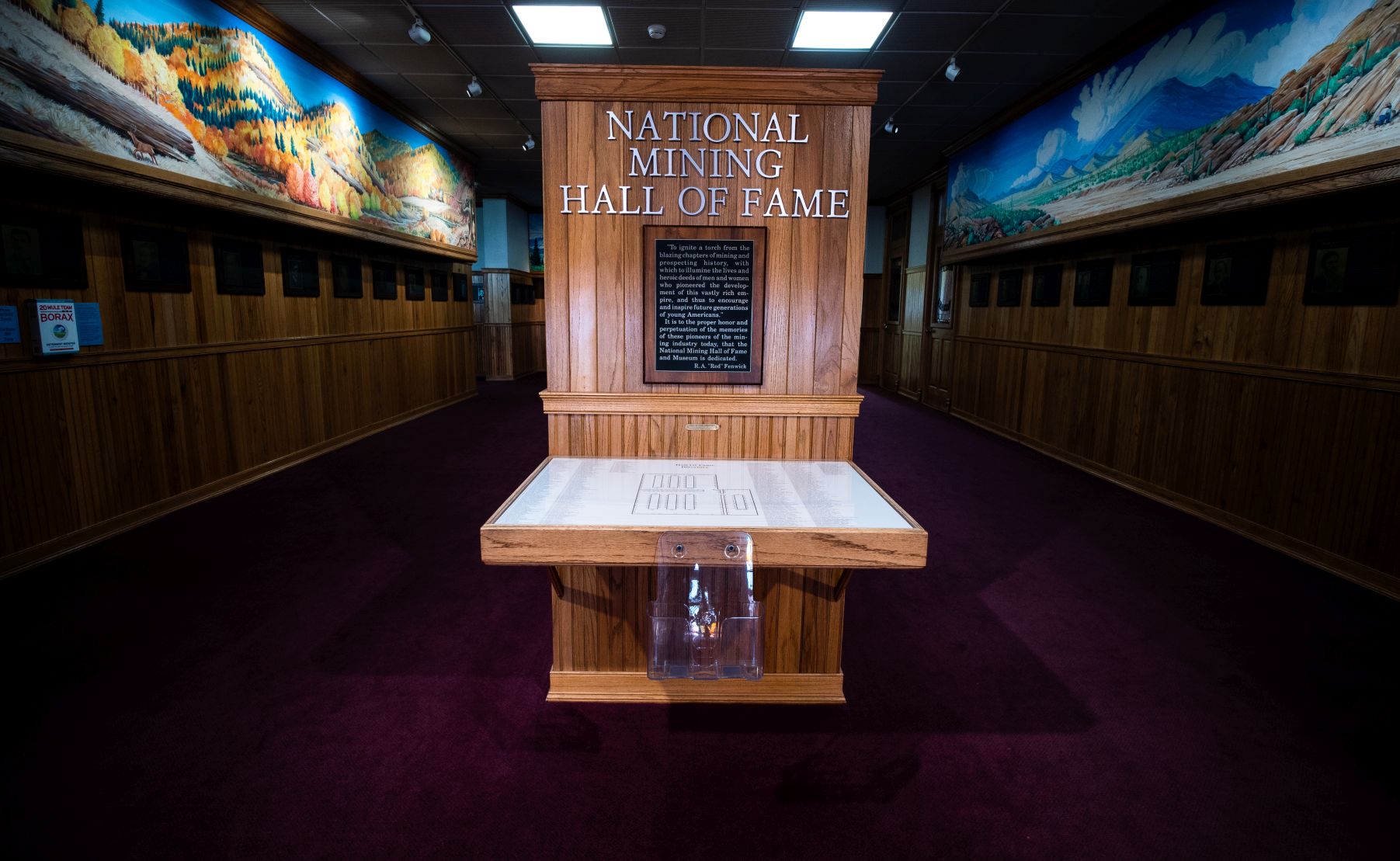 The Prazen Living Legend of Mining Award, named for renowned mining artist Gary Prazen, will also be presented at the ceremony. This award recognizes an individual or organization for significant and sustained commitment to educating the public about the relationship of mining to our everyday lives through educational materials, programming, and outreach.

Dr. Richard L. (Dick) Bullock (1929-2020) was one of mining’s greatest experts on valuation, operations, and research and development. After earning a B.S. in mining engineering in 1951 and then time in the army, he worked in the research department at St. Joe Lead in Missouri. There, he developed the Bullock Burn Cut that would become the worldwide standard for blasting development drifts. Bullock continued to work in the mining industry for St. Joe and Exxon Minerals for the next 31 years while completing M.S. and Ph.D. degrees in Mining Engineering. He became an expert on managing mineral property feasibility evaluations, mine development and projects, ongoing mining operations, mining research, and multi-disciplinary engineering design groups. At age 65, Bullock became a professor at his alma mater, Missouri University of Science and Technology, where he taught for another 21 years. He developed and mentored many young engineers and published some of the most important reference books in the mining industry while also working as an associate with Behre Dolbear. Bullock was a Distinguished Member, Daniel C. Jackling Award recipient, and Legion of Honor member of the Society for Mining, Metallurgy and Engineering. He was made an Honorary Professional Engineer of Mines and was elected to the Missouri School of Mines and Metallurgy Academy.

Gary J. Goldberg (1959- ) became President and CEO of Newmont Mining Corp. in 2013. He turned the company’s overall performance around through a disciplined focus on safety, technical fundamentals, and value over volume. This enabled Newmont to execute acquisitions, including Goldcorp in 2019, the largest transaction in the history of gold mining. That same year, Goldberg was instrumental in creating the Nevada Gold Mines joint venture with Barrick to capture the potential synergy of the two companies. Goldberg has a B.S. in Mining Engineering from the University of Wisconsin-Platteville and an MBA from the University of Utah. Prior to joining Newmont, he had leadership roles with Rio Tinto companies around the world. Goldberg was Chairman of the National Mining Association from 2008 to 2010, where he led the CEO’s Safety Task Force and launched the CORESafety initiative, with a five-year goal of eliminating fatalities and reducing mining’s injury rate by 50%. As Vice-Chair of the World Gold Council, he led the group that developed and launched the Responsible Gold Mining Principles. He was honored with the Daniel C. Jackling Award by the Society for Mining, Metallurgy and Exploration for his contribution to safety in the mining industry. He received the Charles F. Rand Memorial Gold Medal for his leadership and contributions to the mining industry in value, sustainability, and safety. He is an inductee into the American Mining Hall of Fame.

Harry M. Parker (1946-2019) was best known for his leadership in establishing clear and defensible methods for classifying mineral resources and reserves in the global mining sector. He was a leading expert in geology, geostatistics, and resource and reserve evaluations. He completed a valuation of St. Joe Minerals’ domestic assets, which he described as “$500 million in five days.” Parker served on the Committee for Mineral Reserves International Reporting Standards from 2007 to 2018, including as Deputy Chairman, Chairman, and Past Chairman. He was instrumental in establishing the Registered Member category of the Society for Mining, Metallurgy and Engineering, in which members can serve as Qualified or Competent Persons. Between 2007, when the category was created, and 2019, he chaired SME’s Registered Member Committee, co-chaired its Resources and Reserves Committee, chaired its Ethics Committee, and was a vital member of its Valuation Committee. Parker was awarded AusIMM’s Institute Medal, SME’s President’s Citation and Award for Competence and Ethics, and the American Mining Hall of Fame’s Medal of Merit.

Raja V. (Raj) Ramani (1938- ) has devoted most of his career to educating mining industry leaders through his affiliation of more than 50 years with The Pennsylvania State University. Ramani earned his B.S. in Mining Engineering with honors in 1962 at the Indian School of Mines. He joined Bengal Coal Co. before immigrating to the U.S. to earn M.S. and Ph.D. degrees at Penn State. Ramani then joined the faculty and has spent the remainder of his career there. After obtaining his Professional Engineering (P.E.) license in 1971, he developed a short course to prepare mining engineers for taking the P.E. exam. The course was taken over by the Society for Mining, Metallurgy and Engineering and continues to prepare exam takers even today. By 1978, he became a full Professor. He served as Chairman of the Mineral Engineering Management Section and Head of the Department of Mineral Engineering and was appointed to the first endowed chair in the College of Earth and Mineral Sciences. Ramani has researched a variety of subjects funded by major scientific and mining-focused research agencies and institutions and was the Co-Director of three research centers. He has served on more than 40 committees of the Society for Mining, Metallurgy and Engineering, was its President, President of the SME Foundation, and Chairman of the Coal Division. He was a member of the SME Board of Directors, SME Foundation Board of Trustees, and the American Institute of Mining, Metallurgical, and Petroleum Engineers’ Board of Trustees. In 2005, was elected to the National Academy of Engineering.

Elizabeth J. B. (Liz) Arnold comes from a logging and farming background and married a miner. Growing up in the mountain west, she watched special interest groups politically assaulting the livelihoods of miners, loggers, ranchers, and farmers in the media.  In 1993, she joined a small grassroots group to fight back—People for the West! (later called People for the USA!—PFUSA). She rose from “member” to Nevada State Chairman with 13 chapters across Nevada.  When PFUSA’s Board of Directors decided their next Chairman of the Board should be a grassroots person, Liz was elected and re-elected for 3 terms. The group grew to over 30,000 members during her years of service. All her PFUSA work was uncompensated and volunteered. Additionally, she volunteered for other resources industry groups as well working with various coalitions and public education efforts across the country. Liz dedicated many years of her life to public education and outreach because she believed it was critical to our future. She went on to work as a consultant for many issue campaigns ,ballot initiatives, and candidates focused on public education in support of the mining industry and other natural resources industries.

Recently, Liz has immersed herself in founding the Nevada Women’s Leadership Alliance, a non-profit organization dedicated to inspiring, motivating, and building capacity among women to engage in government processes. This effort will grow a bench of effective women advocates that can positively impact mining’s political future and that of other resource industries by empowering more women to advocate effectively, run for office, serve on boards, and become strong leaders as avital means of protecting the future of mining and natural resource industries for years to come.

Regarding this year’s honorees, National Mining Hall of Fame and Museum Board of Directors’ Chair David Brown stated, “We are pleased to honor those selected for induction this year into the National Mining Hall of Fame. Their contributions to the mining industry are immense and range from advanced methods for resource estimation and classification, development of new technologies for more efficient mining, educating the next generation of mining industry leaders, and advancement of safety best practice. Each, in their unique way, has brought significant and lasting change to our great industry. We are also delighted to honor Liz Arnold with the Prazen Living Legend Award. This award is given annually to an individual or organization for extraordinary work in educating the public on the importance of mining to our everyday lives and wellbeing. Liz’s lifelong work as an advocate and teacher of everything mining is exemplary.”

Since 1987, the National Mining Hall of Fame and Museum, located in Leadville, CO has been a national monument to the men and women who champion the discovery, development, and processing of our nation’s natural resources, as well as a national institution educating the public about the undeniable relationship of mining to our daily lives. 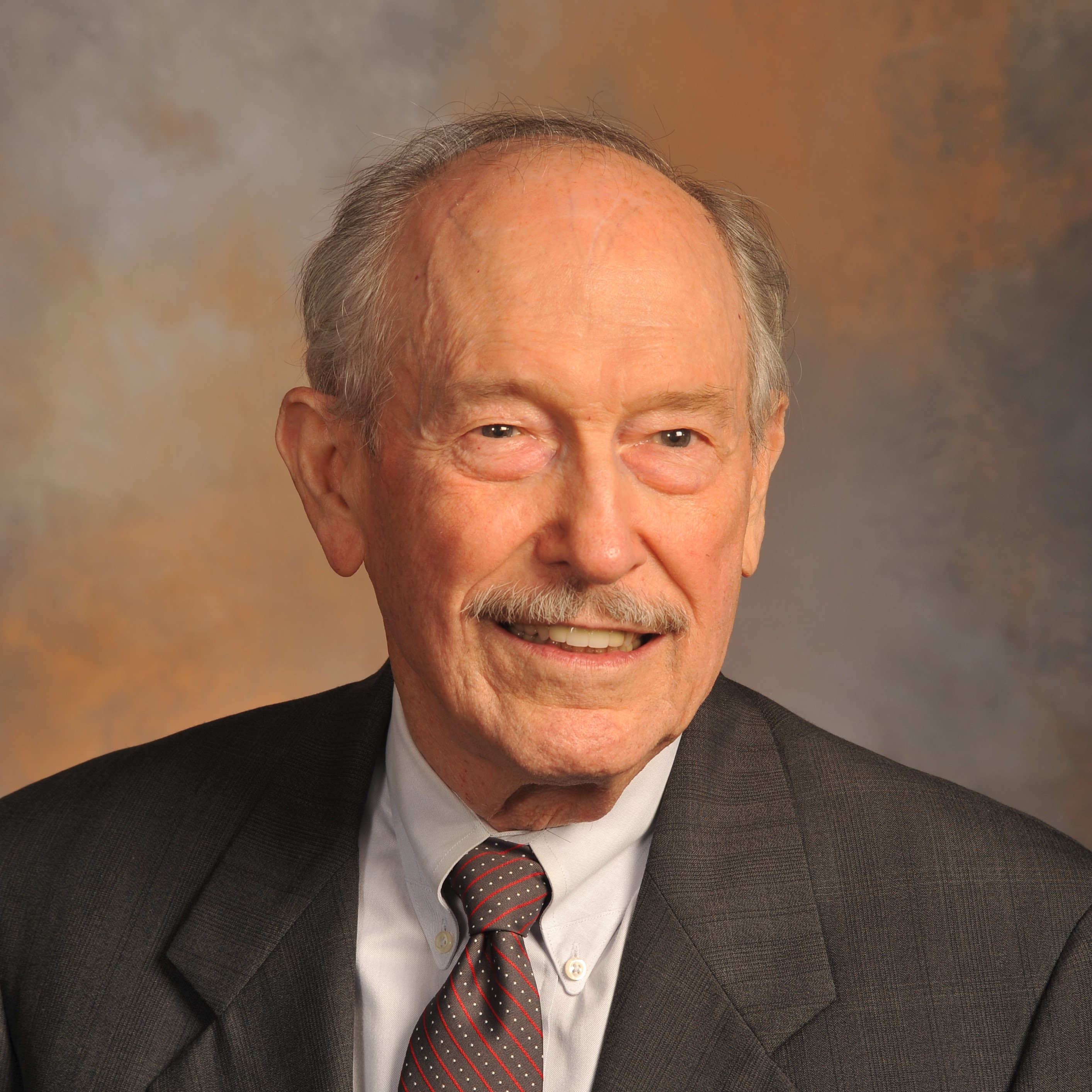 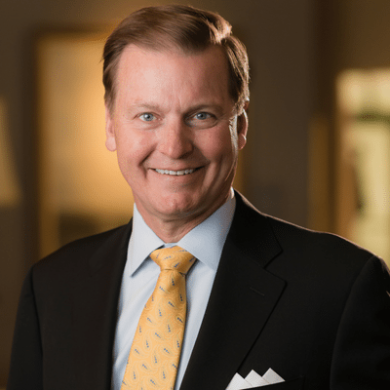 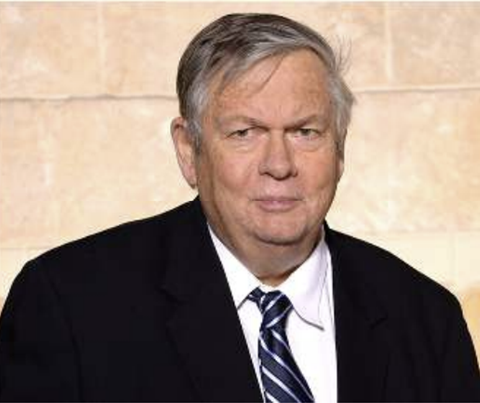 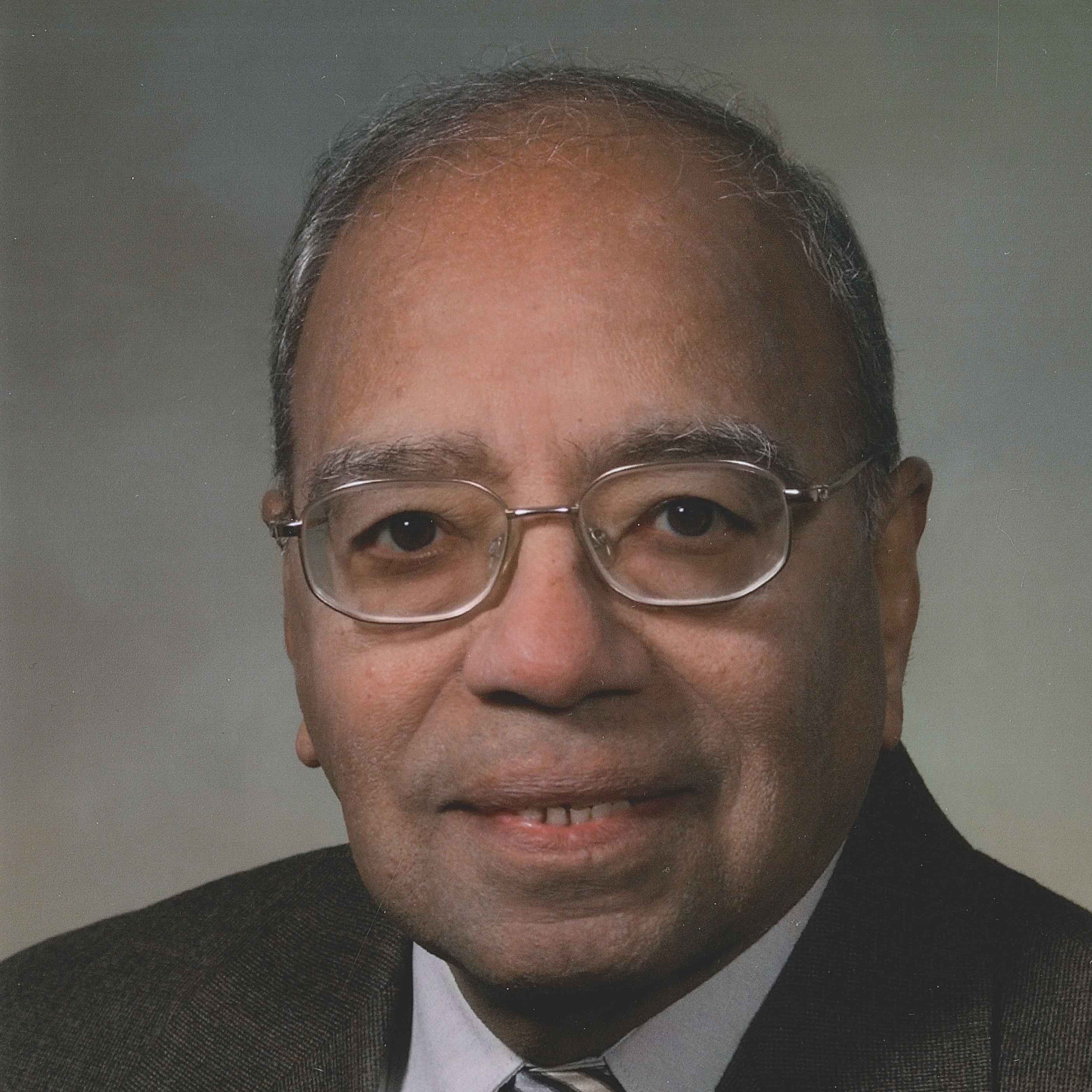 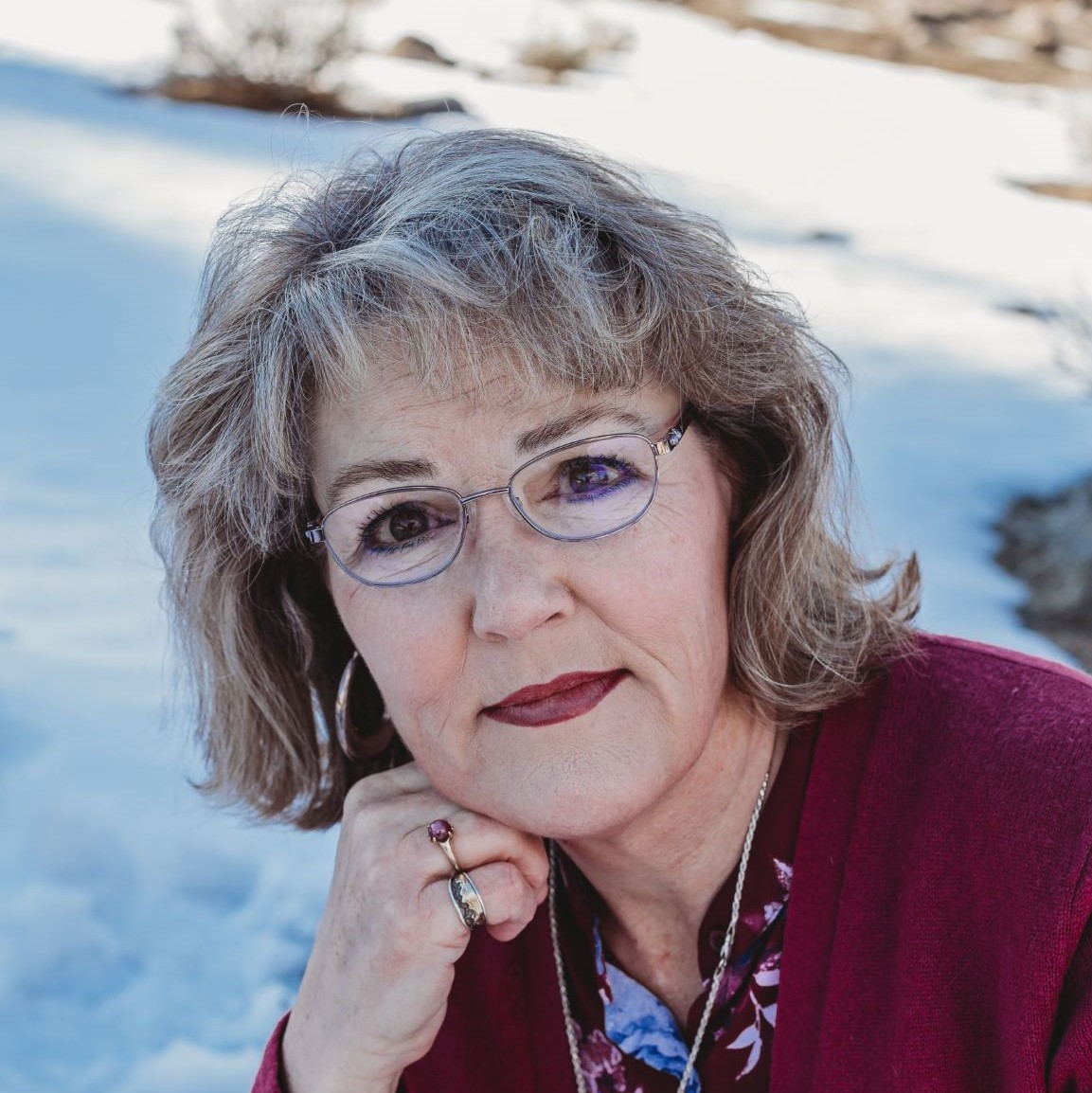